Are GPS Tracks Proof for an FKT?

I used my first GPS unit in 1991 as a student, and later in my job as a GIS programmer I built software to plot the locations of fleet vehicles on maps of their service areas - both in real-time and playback versions of  'breadcrumb trails' showing where they had been. The stored 'breadcrumb' data files would have been easy to manipulate by changing the latitude and longitude of the points, or by changing the date stamps to speed up the route. It might be tedious to do, but it wouldn't be difficult. But why would anyone want to?

We've been hearing a lot more about the popularity of FKTs and how having a GPS track as proof is important to verify what has been accomplished. Recently Ueli Steck was criticized for not having GPS proof of his record-setting climb of Annapurna. When asked how he felt about the criticisms, his response of 'I don't care' made me smile. He's doing what he loves for the right reasons. Along with high-profile FKTs is a swell of online training sites where pitting our efforts against others has turned training itself into competition.

I don't use Strava. I rarely use a GPS watch. I totally get what Steck said, because I don't care either. I personally prefer my training runs to feel nothing like my work and nothing like a race. That's just me.

If GPS is to be used as a true 'witness', it needs to be via a live tracking service such as SPOT, or the unit should be passed off to a third-party to download and verify the data. Both of these approaches eliminate the opportunity for data tampering. This wouldn't verify the mode of movement or the actual person doing the movement, so it would still need to be augmented with other evidence. In many cases a person's reputation and known ability is the only proof that really matters.

For kicks I just opened a Strava account (noting their motto: Prove It) and uploaded a GPS file of a route (to max out my nefarious ways, I stole it from Derrick). A few minutes later I uploaded the exact same route, but at a significantly faster pace.

It's just as easy to change the locations of the points. Here I shifted a run out to the Atlantic Ocean. It could just as easily have been anywhere, over any type of terrain.

To combine those two manipulations, it is possible to create a partly- or completely- fictitious run from the comfort of your own desk chair.

I'm not saying anyone is actually doing this, but as the sport changes and grows it's good to be aware of what the limitations are to certain types of technologies. When it comes down to it, a person's reputation and integrity are sounding better than ever.

Posted by Sara Montgomery at 3:59 PM

Very interesting. I think it's a really good thing to make people aware of this.

I used May My Run once when I carried my iphone on a slow 5 hour snowshoe run. I forgot about it when I got home and jumped in my car and drove 20km into Kingston before I remembered to stop the program. Funny thing was that my average pace still wasn't anything extraordinary. I think if you want to claim an FKT it is best to have many kinds of proof that somehow back each other up but as you demonstrated someone with the knowledge to cheat could probably do so if they chose to...but as you also say, who would do that? And Sara may I say that I am in awe of your geekyness!

Really interesting article and great points. I didn't realize you were so sneaky! ;)

I have often wondered about gps tracking since I have recently started using strava. Sometimes Bruce and I will run the exact same route together but our data varies enormously. I am keen to have one person carry both tracking devices to see how different the results can be. Love the geek part of the sport!

It's even easier to manipulate files with http://www.digitalepo.com

The FKT has pretty much almost always been an honor system thing. It was not too long ago that they were just done with a self stated claim. Sometimes folks with compliment it with pictures, but the GPS element is relatively new to it. I am pretty sure in fact, that FKTs on the R2R2R route are not GPS'd as the read gets all wonky in the canyon.

Bunch of years ago, a handful of us did a typical route here in the west of Boulder ... Green Mountain. The guy who "won" that day, broke 30 on the route - but exactly by how much, we did not know. He had not worn a watch, and so he established his time by asking someone on the top what their watch said, and then did the math when the next finisher came up. At the time, it was what we thought was the FKT on Green. We had no problem doubting him as he smoked us all that day (and later in the year he won Mt. Washington).

... anyway, I have heard one guy claim he was intending to mop up a bunch of CRs on Strava by biking at 11.8 mph in a lot of places.

Heck, even if you do video stuff these days, it is question. Just look at that guy who got the beer mile record ...

As GPS watches evolve and have things like Bluetooth options (or quicker SPOT track settings), we will be able to tune in 'live' and see things like FKTs and races play out online in real time. As is though, the honour system is still an important part of the whole thing at this point. Hopefully before too long this will change though.

Geoff, yup it does the work for you.

I am of the "huh, interesting" camp.
Even if that is a race against the clock with yourself more than anything.

Dude has some wheels though. And some guns.

Interesting post! I like the honor system. But if proof is really needed - I think they need to both be combined and it is too bad that the two technologies are not better integrated into one device (someday a smart phone if sat chips become norm). I use a delorme satellite tracker and a GPS. Why? The sat tracker only shows location points every 10 minutes (or whatever you set it at), but you can't get it to measure at the frequency of a GPS because of battery drain - so you can't use it to infer distance accurately. A GPS - while easy to tamper with - will at least add some complimentary info and also allow someone else trying your route to really follow your route - not just where you were. And please just say NO to SPOT products. They will just get you in trouble. If nothing else, use something on the irridium network. Last - consider the category of OKTs - Only Known Times! Cheers. www.sethwolpin.com

Sara Montgomery
I am a trail, ultra and snowshoe runner from Ontario, Canada. 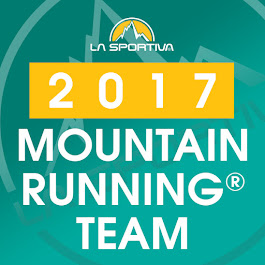